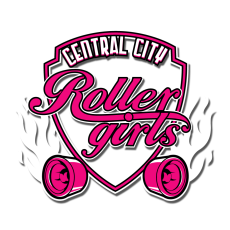 A home double header on Saturday December 1st will see CCR’s Slay Belles take on Newcastle Rollergirls, while Raging Belles face Eastern Block. Both CRR teams will be keen to end 2012 on a win, and both have been training very hard to make it happen.

Ragers Coach Rollin’ Rat commented that it’s “almost 12 months to the day the Raging Belles skated out in their first bout (closed) against Wolverhampton Honour Rollers and since then they have gone from strength to strength. They have had some great performances and played some impressive derby, pulling off some great victories against tough teams across the UK. A special thanks goes to our opponents today who with short notice have pulled together a team made up from Norfolk Broads, Raggy Dollz, Rollerbillies, Brighton Rockers and LRG’s Rec League.”

Eastern Block will be keen to put an end to the Ragers’ undefeated track record, and with both CCR teams facing new opponents the afternoon is sure to bring surprises.