As the sun rises on Thursday 21st July, three of Central City Rollergirls’ finest will take their places on the world stage as they represent at the 2nd Men’s Roller Derby World Cup. Twenty one teams from around the world will travel from their home countries to Calgary, Canada to compete in the 4 day event. Central City Rollergirls will be watching closely and cheering loudly as Head Coach illBilly, Line Up Manager James Brown and referree Rollin’ Rat all make the trip over the pond. We caught up with them before they jetted off to find out about their preparations and plans.

Illbilly has been Head Coach at CCR for 2 seasons and will be travelling with Team England as a skater. This will be Billy’s second World Cup. 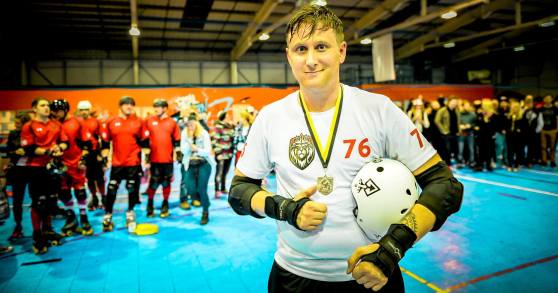 How have you prepared for the World Cup?
Billy: Recently I have been trying to take it day by day and game by game due the amount of things happening and training sessions going on and I have found it quite beneficial to keep stress levels down and keep focused on the jobs in hand. Our team is looking incredibly strong and ready and I have a huge amount of confidence in what we can achieve this year. The real preparation has been the countless months training on the track and off it to be ready for the Men’s World Cup 2016.

How do you keep your tummy happy and energy up on tournament weekends?
Billy: I follow quite a strict routine at competitions like these. I will make sure I have healthy carbohydrate rich food throughout the weekend. I will have my last meal three hours before the game and maybe have a small energy supplement or jelly like snack at half time but often don’t eat anything until afterwards. I just stay hydrated with small sips of water because there is nothing worse than drinking to much liquid when you are working really hard. Afterwards I will eat almost immediately with the option of protein shake type supplement.

What are you most looking forward to about the World Cup?
Billy: Skating with my team mates, my brothers in arms is something I really enjoy. Standing up on the track at the world cup and singing your national anthem is one of the best ways to get hyped up ready to play. It’s a feeling like no other. Also I’m looking forward to meeting new people and seeing good friends.

Do you have any post-tournament touristy plans?
Billy: There is a Native American festival called the Calgary Stampede and I’m hoping to catch the closing day! Also I like going swimming so might find a lake or a river to go and swim in maybe and I’ll try hit the roller disco or two.

What’s your favourite Canadian thing or person?
Billy: I love maple syrup and that Sum41 song fat lip was pretty good. Maybe I could see an ice hockey game while I’m there too!

James Brown has been Line Up Manager at CCR (under the moniker Rick Rosster) for almost 2 seasons, as well as walking the boards as an announcer the length and breadth of the country. This weekend you’ll be hearing more of James’ dulcet tones as he announces online and trackside. 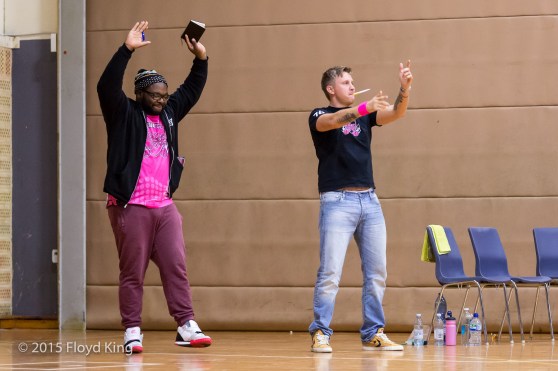 How have you prepared for the World Cup?
JB: I’ve been checking out the international teams Facebook pages etc and have tried to take care of my voice as per some instructions from a speech and language therapist I’m friendly with. Oh and I’ve announced some Tier 1 Mens British Championship games that has quite a few representatives of the national teams (particularly European ones)

How do you keep your tummy happy and energy up on tournament weekends?
JB: I don’t really bother with breakfast but usually bring something for lunch like a sandwich or salad if Boots Manuva (Helen) has made it and try to scav a bit of water.

What are you most looking forward to about the World Cup?
JB: I’d like to announce a game Illbilly is playing in and hopefully I’ll get a sticker for my clipboard (I have low expectations).

Do you have any post-tournament touristy plans?
JB: Looking to go to Edmonton to see the mall that has a water park and a cinema and a nightclub and a comedy club and a casino in, with any luck I’ll pick up some nice trainers there. Also the Olympic park and Banff to see the Rockies and some baseball batting cages are on the list too.

Rollin’ Rat is a highly experienced and long established referee and has officiated at CCR for 7 years. This will be Ratty’s third World Cup, as he previously officiated in the first Men’s World Cup in 2014 held in his home town Birmingham and at the Women’s 2014 World Cup in Dallas. 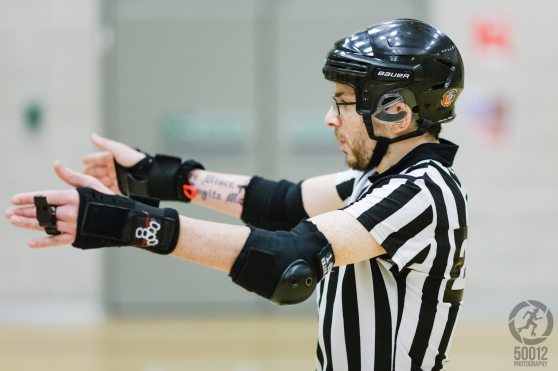 How have you prepared for the World Cup?
Ratty: I have been refereeing as much as possible at games around the UK as well as regularly attending CCR scrimmage sessions since the turn of the year. I have also been lucky enough to be able to referee very high levels of game play at The European Smackdown 2016, 2016 A Skate Odyssey and also at Beach Brawl in Miami. I feel it is very important to prepare as best as possible prior to a tournament to get you in the mindset and your body ready for high level games which is why I also train outside of skating either at home or at the gym.

How do you keep your tummy happy and energy up on tournament weekends?
Ratty: I am probably the worst for eating the right things prior to a tournament or during a tournament. I am trying to eat more healthily but I can’t help that I love a good pie. I try and eat protein bars and snack bars on game day and make sure I take on water (I don’t like water). I am also likely to have a bag of jerky in my kit bag.

Do you have any post-tournament touristy plans?
Ratty: While I am in Calgary I am going to try and see some of the sights and fit in as much as possible around what looks like a busy derby schedule. After the tournament I will be flying down to Vegas to attend RollerCon where I will be attending as an Official as well as a Player which I am really excited about. I am sure there will be a casino or two visited.

Following RollerCon I will be flying over to New York for a couple of days that will have nothing to do with Derby which is a novelty when it comes to my travels. I am really excited that this entire trip I will be travelling with my Wife “Verry Cherry” who will also be playing at RollerCon so hopefully we can get to play on the same or opposite teams.

Tinch: What is your favourite Canadian thing or person?
Ratty: I will probably have to say Michael J Fox as he was in some of my favourite films. Back to the Future Trilogy and Teen Wolf.

CCR are very proud and excited to follow their progress over the weekend. You can read more about it here http://mrdwc.com/calgary2016/